Data center developer Switch will be acquired by DigitalBridge and infrastructure investors IFM in an all cash deal valued at about $11 billion, the companies said today. DigitalBridge and IFM will pay $34.25 a share for Switch, about an 11 percent premium to the share price at the close of trading Tuesday.

Switch will once again become a private company, continuing a trend in which public data center REITs have been bought by large investors and taken private. Over the past year, QTS Data Centers, CyrusOne and CoreSite have al been acquired for more than $10 billion.

Switch is one of the most distinctive players in the data center sector. It operates one of the largest cloud campuses in the world at its Las Vegas CORE Campus, where founder Rob Roy introduced pioneering concepts in high-density cooling and aisle containment, as well as custom multi-mode cooling systems. The company has added four more purpose-built campuses – the Citadel Campus in Reno, the Pyramid Campus in Grand Rapids, Michigan, the Keep Campus in Atlanta, and the Rock Campus in Austin, which includes assets acquired From Data Foundry and a new facility adjacent to the Dell headquarters.

Switch also has one of the data center industry’s most compelling sustainability stories, with huge commitments to solar power and energy storage to support its operations.

“Today’s announcement is an important step towards our long-term vision for the growth and evolution of our company, said Roy. “Following our expansion into a Fifth Prime campus last year, and with our plan to construct more than 11 million additional square feet of capacity through 2030, Switch’s strategic position has never been stronger. The combination of our advanced data center infrastructure, significant expansion capacity in our land bank, and a new partnership with experienced digital infrastructure investors lays a strong foundation for Switch’s continued industry leading growth.”

“At DigitalBridge, we are building the world’s leading global digital infrastructure investment platform, and this transaction allows us to partner with one of the industry’s fastest growing and highest quality data center portfolios,” said Ganzi. “Rob and his team share our vision for the future of communications infrastructure, making us the ideal partner to scale their business both domestically and internationally to meet the exponentially rising demand from large enterprise customers looking for mission critical digital infrastructure. We are also pleased to partner with IFM Investors, one of the world’s leading institutional infrastructure investors, to execute this compelling transaction.”

IFM is an infrastructure investor owned by a group of Australian pension funds, and manages $136 billion in assets.

“We consider Switch to be an excellent digital infrastructure business with strong potential,” said Kyle Mangini, Global Head of Infrastructure at IFM. “The company is a recognized industry leader with an impressive approach to ESG. Today’s announcement reflects IFM’s strategy of investing in high quality infrastructure to protect and grow the long-term retirement savings of working people.”

Switch: An Innovator in Design, ESG

Switch has been a pioneer in data center design, sustainability and diversity. The company initiated the shift to larger data center designs with its SUPERNAP concept, which expressed Roy’s vision of a new approach to high-density data center design. Built in 2007, the 400,000 square foot data center was most notable for its enormous size, but also showcased new ideas in cooling and aisle containment that Roy developed as he filled six smaller data centers in Las Vegas between 2000 and 2006.

It has since expanded that concept to other markets, creating a network of “Prime” campuses to house large concentrations of data center infrastructure. There are now Primes in Reno, Michigan, Atlanta and Austin. Switch has avoided several of the most active data center markets, including Northern Virginia, Phoenix and Silicon Valley. As a result, it operates a large footprint with limited overlap with competing providers.

The company was among the earliest data center companies to commit to support its data centers with 100 percent renewable energy, partnering on a massive solar energy project and large-scale energy storage technology from Tesla.  Switch has also been distinctive for its focus on diversity, with women representing more than half of its leadership team.

“Through this transaction, we will remain at the forefront of growth and innovation within the data center industry,” said Thomas Morton, President of Switch. “Following a robust evaluation of market dynamics and strategic review process by the company and its Board of Directors, we strongly believe that this is the optimal path forward for Switch and our shareholders.”

DigitalBridge pursues a converged approach to both development and investing, building a bridge between the companies building digital infrastructure and the investors seeking to invest in the digital economy. The company recently unveiled a “full stack” strategy that expands its offerings for investors.

One division of DigitalBridge builds and operates data centers, including Vantage Data Centers and DataBank. The other division is an investment management business offering a spectrum of approaches to investing risk, spread across data centers, fiber, wireless, towers and antennas.

The DigitalBridge investment thesis encompasses everywhere data may travel, from the fiber in the ground to the wireless signals moving across the network to the devices, and just about every type of building along the way where data may be stored or processed. This is reflected in DigitalBridge’s expansive approach to digital real estate, which includes data center companies like Vantage and DataBank, but also telecom towers, small cells, fiber and edge computing.

“We have a proven track record of accelerating companies’ time-to-scale by leveraging our deep domain expertise and access to capital,” said Jon Mauck, Senior Managing Director of DigitalBridge Investment Management. “We look forward to supporting Switch’s continued growth with the creative solutions and operational expertise necessary to scale these leading assets going forward. This fast-growing and renewables-powered business is a highly complementary fit within our expanding IM business and broader strategic priorities.”

ScanSource CEO: MSPs Becoming A ‘Source Of Growth’ For The Distributor

The Data Center Tools that Improve Operations and Help...

Louisiana Data Centers Rely on Generators in Wake of Hurricane...

The Future is Software Driven and Virtualization is the...

How DCIM is Different Today

In the early days of DCIM software tools, data centers tended to be centralized... 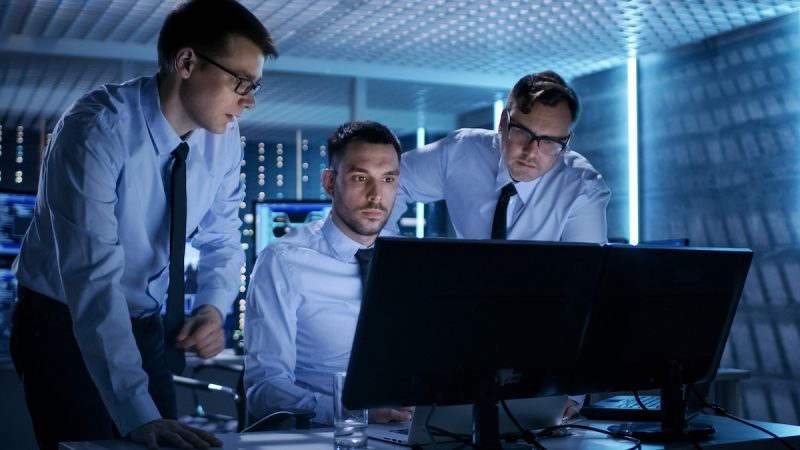 In this time of unprecedented cyberwar, organizations must protect the personal...

Companies are seizing the IoT opportunity like never before. Here are 50 key IoT...

Ghostwriter is one of 3 campaigns using war-themed attacks, with cyber-fire coming...